This is something I lifted straight off the net. This was so cool. Cardboard egg cartons can be used to make such lovely things! And A loves it because there is so much colouring to do. I have seen ideas to make a lot of things but we have tried only 2 till date.

The first that we tried to make with egg cartons was a caterpillar. A is a total book worm already and we both love ‘The Very Hungry Caterpillar’ by Eric Carle (I think this would be a good time to tell you that I also have a blog called 'My Tiny Caterpillar' where we discuss and review picture books that we read). This art idea followed numerous readings of the very popular book.

I guess you can simply have green egg cartons, stick them together and put googly eyes on them and they would still look pretty. This would be easy but will render your pre-schooler with not much to do. Since I wanted to get A involved actively in it, I first took the regular brown cartons and carefully cut through all sides of the individual cartons. Once they were all cut right, I stuck them together one behind the other to form a caterpillar. A then set about colouring the caterpillar green. It was quite a task as it took a bit of time. I then took a little bit of each colour – pink, blue,black, yellow, and asked A to make spots all over the caterpillar randomly with her paint brush. She loved this exercise too, I guess because it gave her a feeling of authority over how and where to put the spots! Haha! Sometimes kids are so easy to please! (I said SOMETIMES!) When we were done, we set it aside to dry.

The next day, promptly after school and snacks, we sat down to give the caterpillar its antennae and face. I made two tiny holes on the top of the first carton and put two short lengths of pipe cleaners into them and gave their top ends a nice twist. We then stuck googly eyes ( A simply loves them!) and we were ready!
This is how it looked! 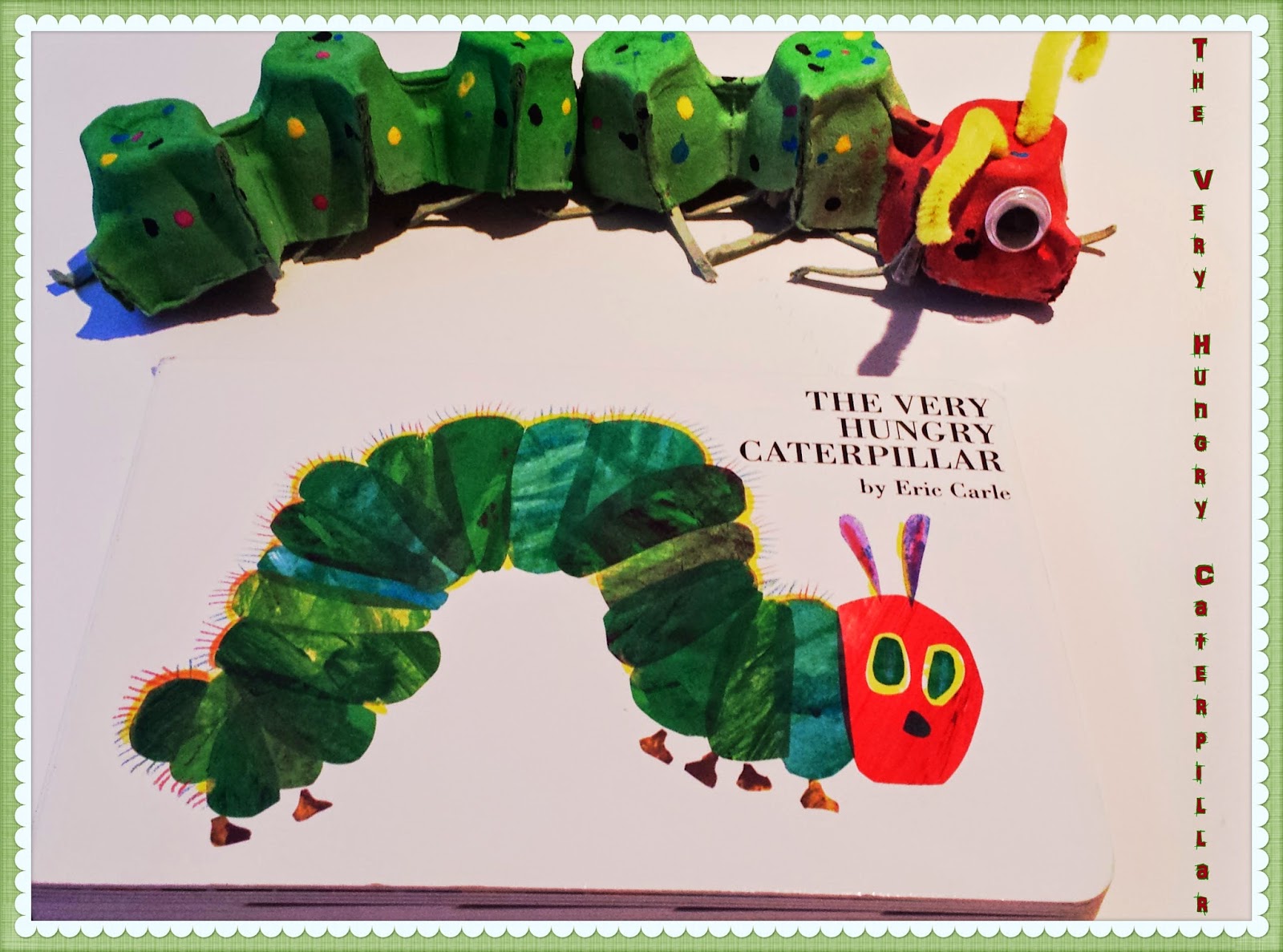 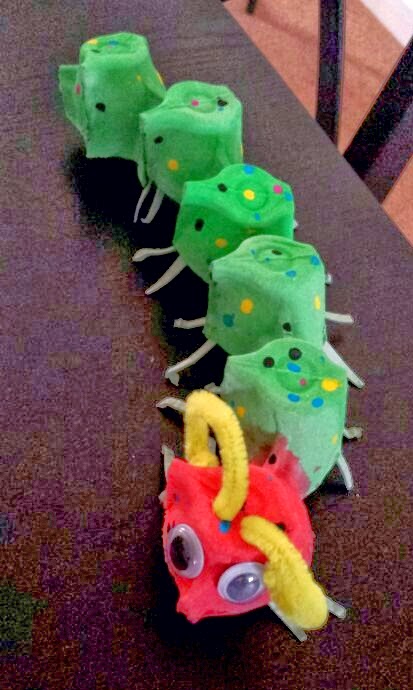 I later added the legs to the caterpillar because in a separate book we were reading about centipedes and millipedes and A wanted to know what category caterpillars fell in. Turns out, neither.  On closer examination on Google, we realised that caterpillars have a different style of legs. They have 3 sets of legs, front, center and end of their bodies. Hmmm, caterpillars can be complicated! :-)

This is quite a simple activity which can be done with your pre-schooler. If your child is under 4, or if they do not like having too much to do, you can eliminate the colouring of the caterpillar as that is what takes most time.

Hope you enjoyed this activity!

Do subscribe to this blog for more of such activities! :-)