Indian mothers and grandmothers typically share one common trait. They never like to throw things out, especially fancy looking, useless stuff. The common explanation is , 'you never know, they might come in handy someday'. I have never seen the sense in it before, nor do I do now. I mean, I understand recycling, but the idea of stacking stuff in a closet for someday and something to happen is beyond me.

Now in this avatar of mine, where I am this zealous mommy with loads of extra time, I tried it once or twice - stacking things that I have seen being used on Pinterest and stuff. But after a while, it just used to gnaw at my head - the junk! Ultimately I used to just put them all together, and dump them in the trash can. Then I worked some things the other way round. This made more sense to me. At least I am not stacking. I earmark things to do and then when the materials come around, we sit down to create something. I mean there is millions of stuff to do, so nothing is running out exactly, is it?

This craft idea out of tin cans was created in this way. I had stumbled upon an Italian site where there were loads of stuff to do with tin cans. There were mostly farm animals and clocks and pen holders, but I liked the idea of creating an alien. A and I had a new favourite book those days, 'Aliens love underpants'. You can read our review of the book here - Aliens Love Underpants. And it was perfect timing since I knew she would like a follow up craft to the book.

I got A to paint the tin can with an acrylic colour of her choice and she picked green. Now if you know tin cans, you  know that they can be sharp at the area you cut off the top. My can opener is one which cuts from the inside, so the top is smooth. There is nothing that you need to do on the inside, so it's perfectly safe. If the can is opened such that the top has sharp edges, I wouldn't have gone ahead with this as it is not safe. You will invariably cut your fingers.

Once the can was painted and dried the next day, we sat to make the eyes, mouth and nose. All from scrap ;-)

I made the eyes with  milk-carton caps and stuck googly eyes on them. For the nose I took a clip from an old clothes hanger that I found lying around in A's drawer - this was A's suggestion. And for the teeth, we took buttons of different sizes. A wanted the eyes to hang from the top, so I attached them to pipe cleaners and fixed one end to the inside of the tin, so that they eyes wobbled on top. Some colourful yarn for the hair, again A's suggestion, and we were done!

Look at our friendly alien :-) 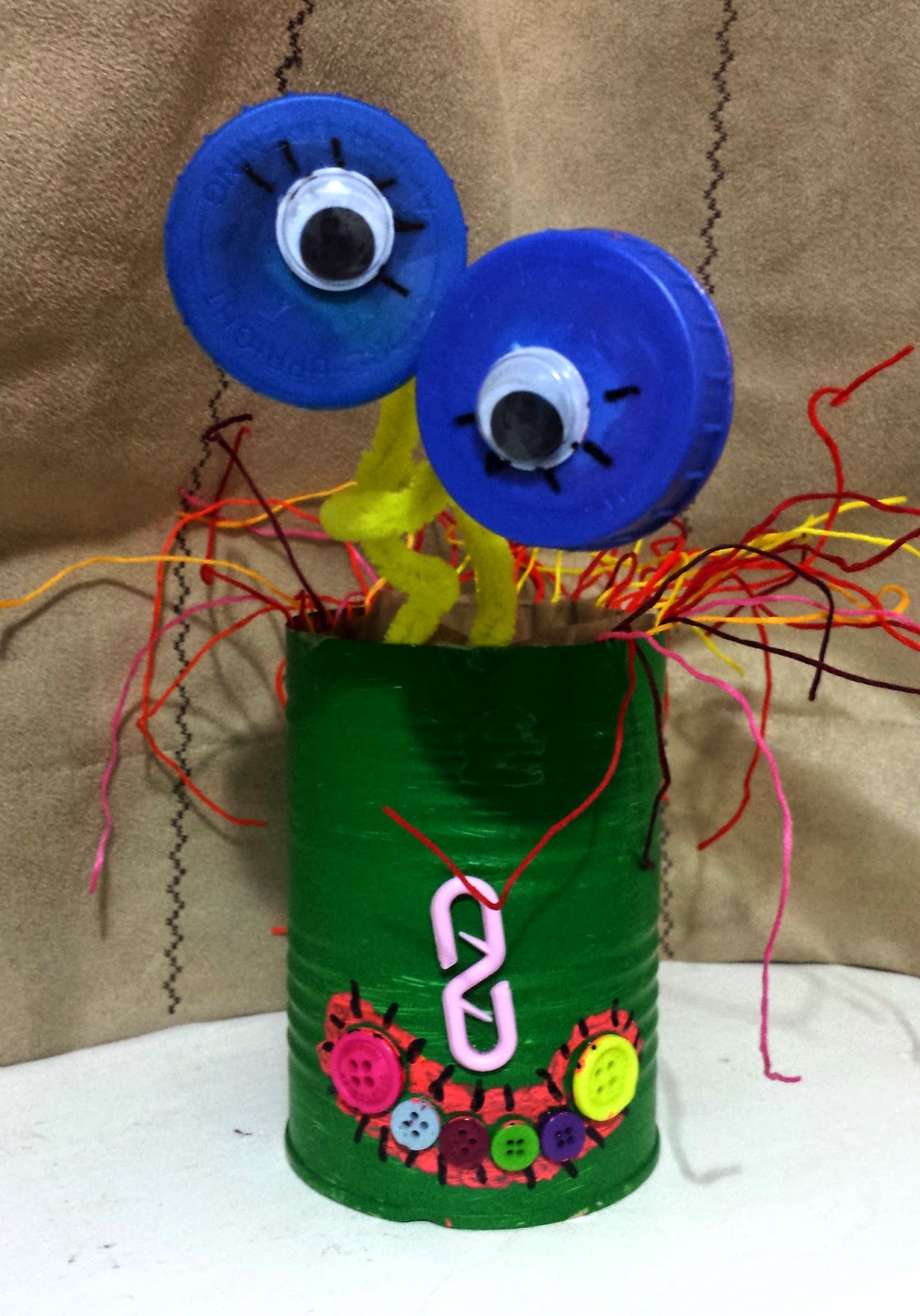 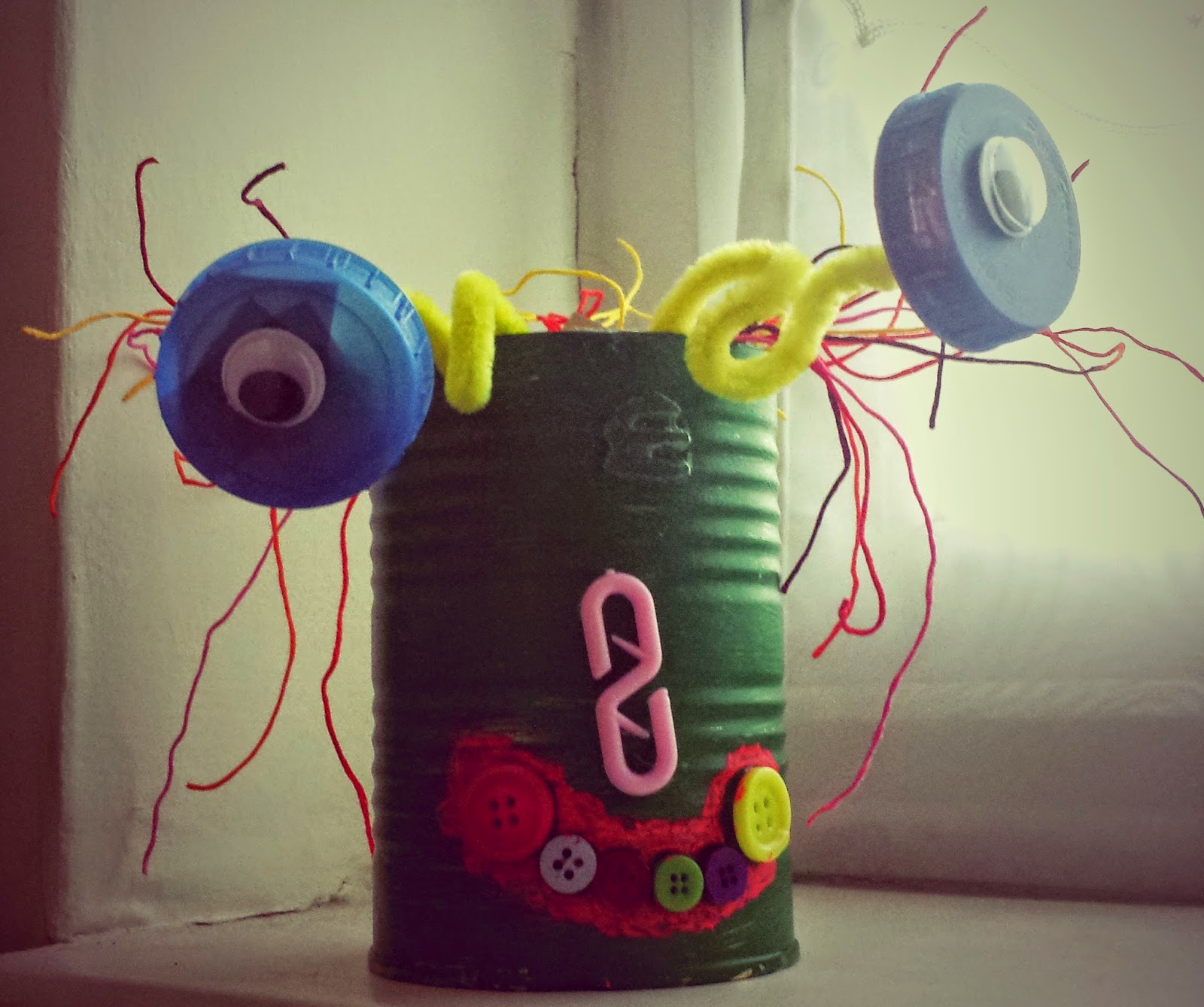 I am particularly happy with this as quite a few of the suggestions came from A. I followed her idea just as she instructed :-)