Rangoli is a folk art from India in which patterns are created on the floor in living rooms or courtyards using materials such as colored rice, dry flour, colored sand or flower petals. It is usually made during Diwali, Onam, Pongal and other Indian festivals. They are meant to be sacred welcoming areas for the Hindu deities. The ancient symbols have been passed down through the ages, from each generation to the next, keeping both the art form and the tradition alive.

We, who come from south India, call this 'Kolam' and typically is made with wet rice flour by using the tips of your fingers. Though I'm not very good at it, I love the art and indulge in making them during every festival that comes along. These are a couple of traditional everyday 'kolams' that I have done in my London home recently - 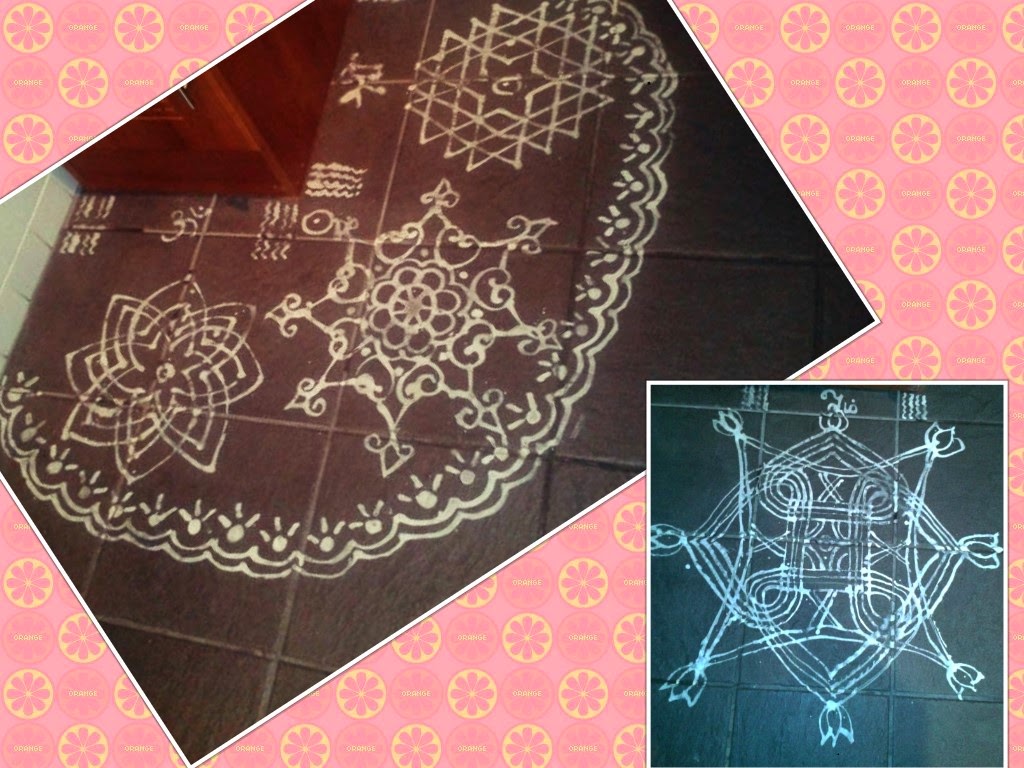 The designs are deeply traditional though I tend to take off somewhere in the middle of it with my own doodles ;-)

This is a rangoli, which is typically characterised with coloured powder - ideally made during important festivals like Diwali or Navratri. I did the borders and some more while A helped me quite a bit with the colouring inside. 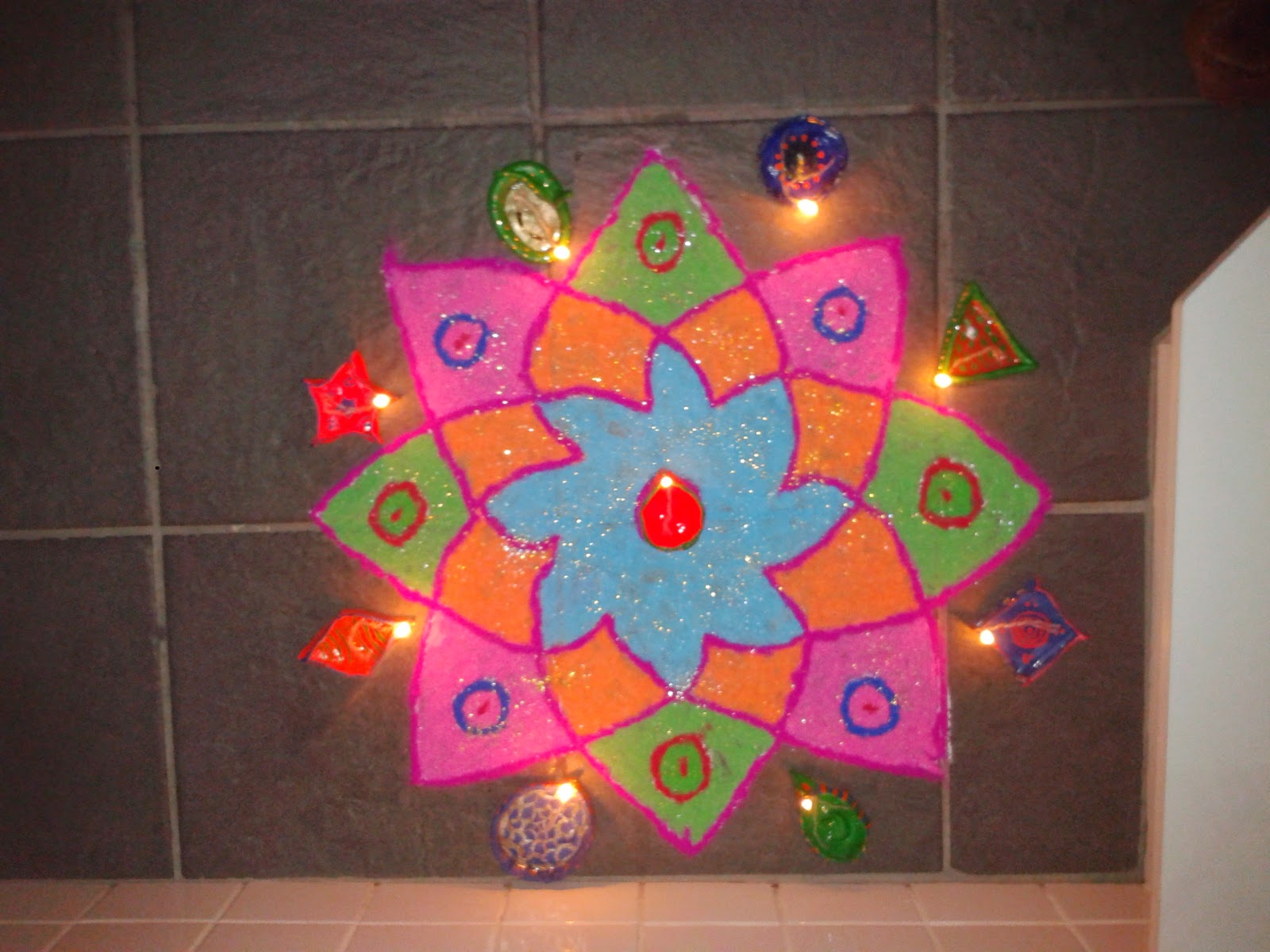 During  Onam, the harvest festival of South India, we make a 'pookalam', which is typically a floral design made totally with flowers. It is a beautiful sight to see! When I moved to the UK, we had just moved into our rented apartment and hence my first Onam here was an unprepared for event. Though I made the traditional feast and we all burped ourselves wholeheartedly, I could not go hunting for flowers for my pookalam. And there was my little A with me, who had to be kept entertained and busy all day. So this time, I hit upon an idea of doing my pookalam with water colours! :-)

It turned out to be a great idea because though it took me as much time as it would have taken me to make a regular rangoli or one with flowers, it kept my girl happily busy! I did the border colours and madam helped me with the complete colouring! :-)   Here is how it looked:-) 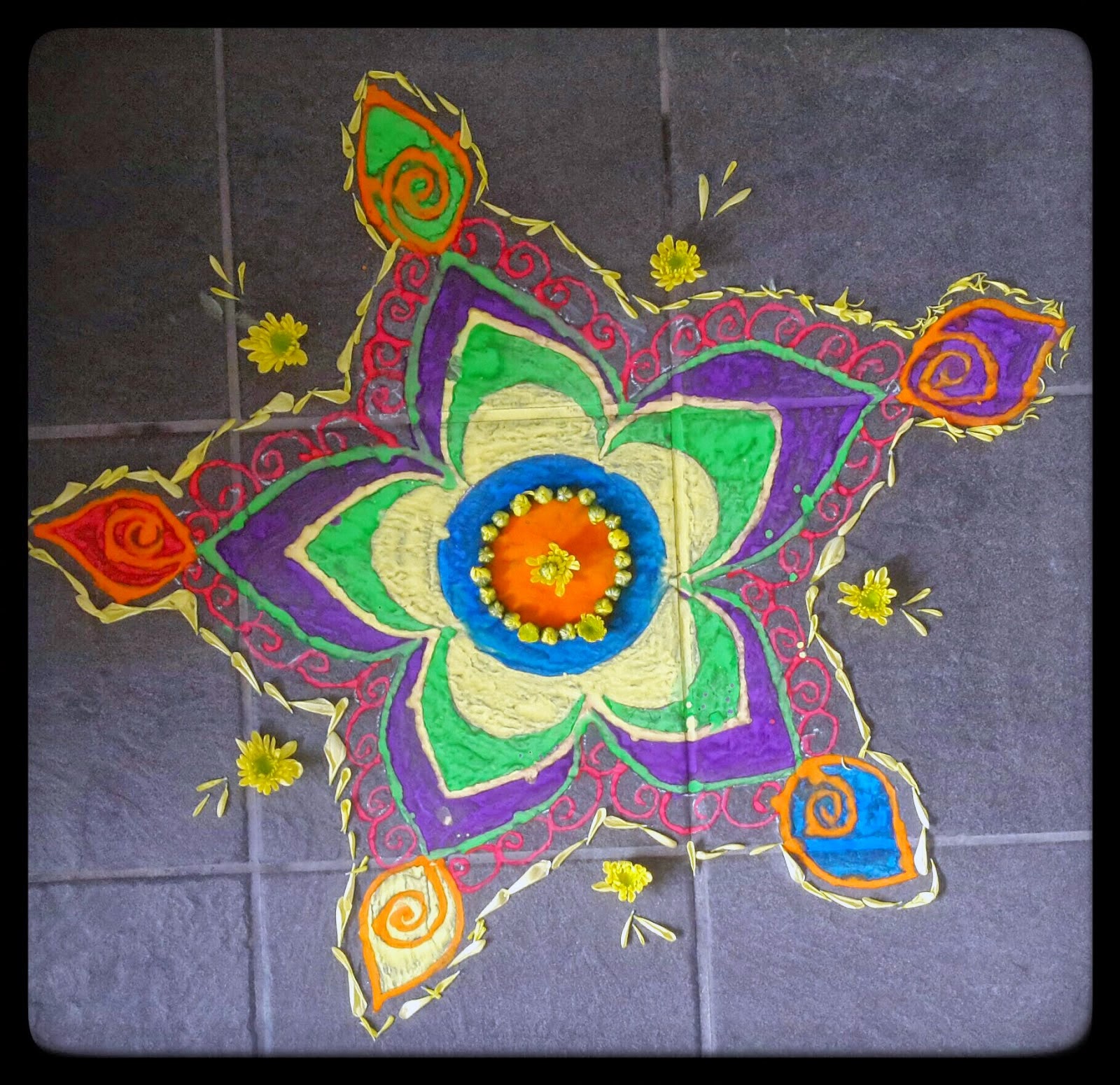 I drew out the basic rangoli with wet chalk and asked A to begin her colouring. Once she was done colouring the whole rangoli inside, we took a lunch break while it dried. Turned out, that was a good idea, because the dried colour was quite pale. We both together gave a richer second coat to the rangoli and when that dried, it looked great. I did the borders with contrast colours and jazzed it up with a few English posies! :-) 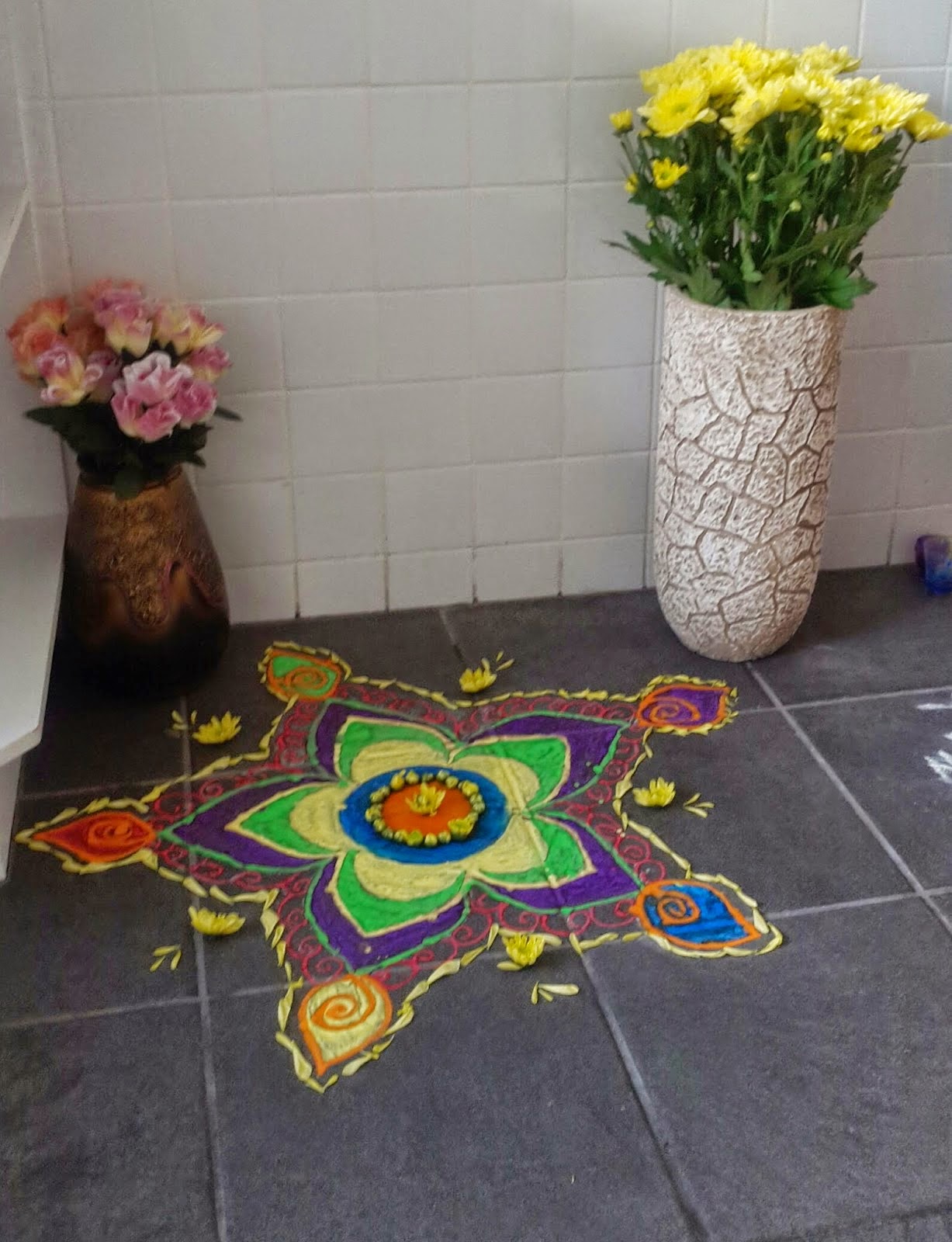